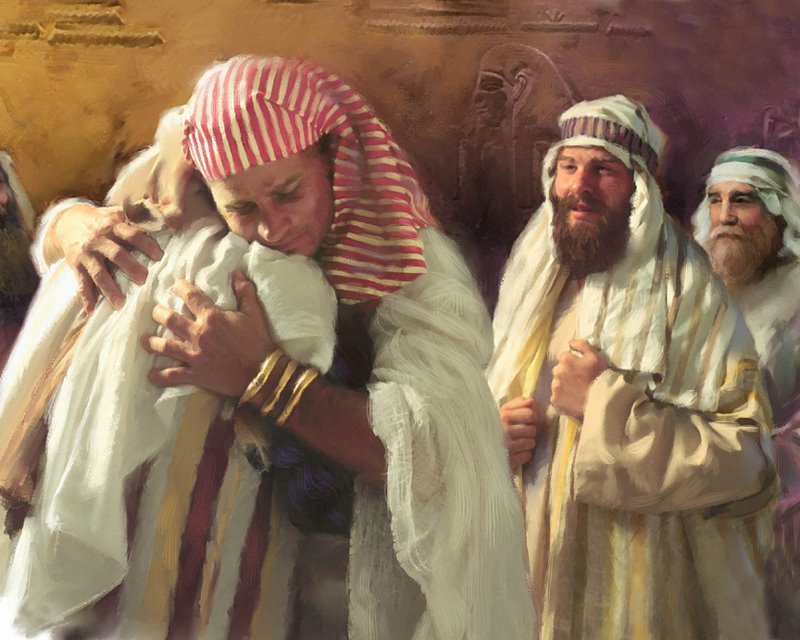 Who could read the account of Joseph's life and not say, "Wow"?   He is, of course, in so many ways, an old testament type of Christ, but he was also a man, just a man, living out an unbelievable story.  He was his father's pet, that's a problem!  He was a dreamer who shared his dreams, which he shouldn't have!  He was hated by all his brothers, except Benjamin, I guess.  He was sold into slavery.  He was falsely accused by his boss's wife of a rape attempt!  He was a prisioner, falsely accused, and the king's cupbearer who was in jail with him forgot about helping him when he was set free,

Not many people have such a difficult life, and yet some seem to give up on God even with a day of two of trrouble.  Joseph remained in relationship with God throughout his life, so that when all things fell into place he was immediately ready to interpret the king's dream, so therefore, he was immediately ready to become the 2nd in place to the ruler of the major part of the world and had the wisdom to carry Egypt and his own family, who had betrayed him, through the long seven years of famine, sustaining them all, through it all.

It is good to believe that every path we must walk, can be a training, an education that is preparing us for what God has ahead of us.  God, help us to trust You to be the One Who is ultimately in charge and that "No weapon formed against us will prosper."

At the finish, may we be able to say, "Wow"  Look what the Lord has done!